Architecture of Industriousness is a short text part of House Housing: An Untimely History ofArchitecture and Real Estate in Nineteen Episodes, exhibition’s pamphlet, made for the traveling exhibition Venice’s Casa Muraro during the summer of 2014, and off-Venice Biennale site. Also available on the web at http://www.house-housing.com.

Research and Production Coordinator for the Venice part of the exhibition by the Buell Center of the Study of American Architecture, 2014.

After researching the cities of Rio de Janeiro, Brasilia and São Paulo in Brazil we identified leisure, void, security, industry, body, tourism and monumentality as drivers of the forms of desire. With and ever expanding economy, Brazil has become the world’s eighth economy and the destination for countless local and international events. The research was organized through three analytical lenses -the Imagined City, the Ideological City and the Informal City- and worked with the hypothesis that in Brazil the imaginary of desire is employed to promulgate the worshipping of the body, the architectural object and the staging  of both within the diverse urban and natural contexts of the country. This destination of great social and cultural contrasts  like emptiness and monumentality in Brasilia, the geographical fragmentation of Rio de Janeiro as well as the self governance model that occurs in its favelas, or the congestion and cultural typological hybridity in São Paulo- proved to be a great challenge in order to investigate Brazil as container and producer of a Form of Desire. 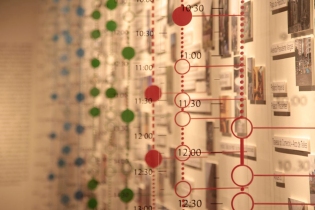 For more information you can download a complete pamphlet here: ciudadlab-pamphlet-web

As with every CIUDADLAB research and exhibition project, we pick a different destination in an attempt to broaden the frame of reference from which we imagine the city. During the year 2008, choosing Moscow seemed to sense Russia’s renewed presence in the geopolitical game as we experienced the beginning of a renewed “Cold War.” Beyond Moscow’s exoticism with respect to a Western minded group, three theoretical frameworks established possible lines of comparison and analysis: Imagined City, Ideological City and Unfinished City. Through site visits, documentation and interviews, we looked to a heavily ideological city, and the traces of an unfinished imaginary world. The clash of the individual body against the collective was evident in the construction of the new capitalist Russia. 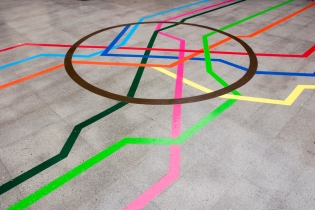 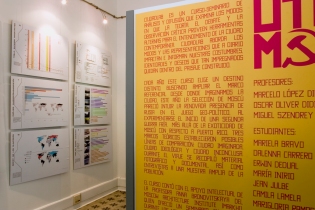 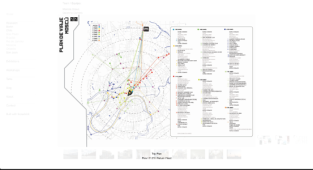 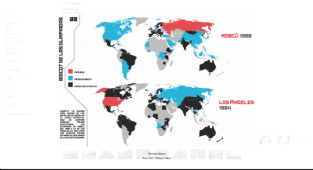 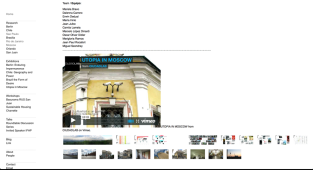 For more information you can download a complete pamphlet here: ciudadlab-pamphlet-web